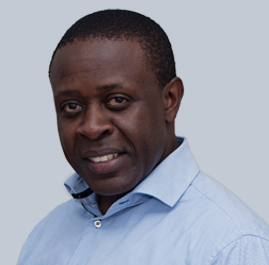 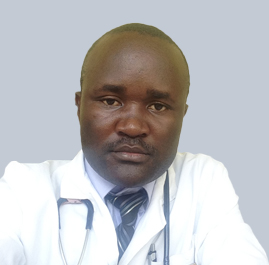 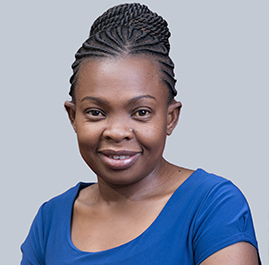 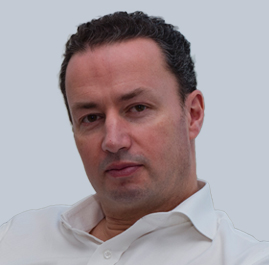 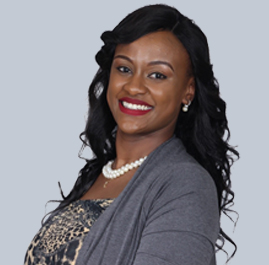 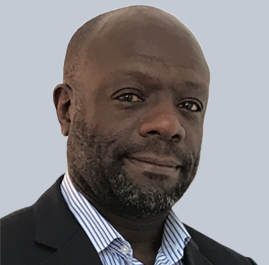 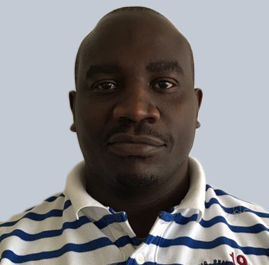 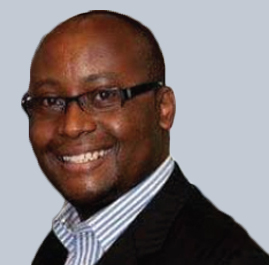 Edwin Masivo is the Co-founder of Joanne Chazima Sickle Cell Foundation (JCSCF) and husband to Joanne Chazima who is living with SCD. In the past 10 years living together, Edwin has borne witness to the suffering & pain experienced by people living with SCD. Together, they have made countless hospital visits; sometimes in the dead of the night punctuated by financial strain due to refusal of Medical Insurance Companies to fully cover Joanne’s medical condition.

These experiences led Edwin to conduct research on SCD only to discover that there are many more people living with SCD and with a sizeable number living in the rural communities with poor access to proper medical services and unaware of the basic home care remedies. This revelation highlighted a somber statistic whereby it is estimated that 6 out of 10 children born with SCD die before reaching 5 years due to ignorance and lack of basic home care remedies. Edwin has dedicated his life to creating awareness about SCD and reaching out to well wishers globally to join hands with JCSCF in providing the much needed helping hands to prolong pain-free lives of the people living with SCD in the impoverished, rural communities of Kenya.

Dr. Oyiro is a Fellow in Medical Oncology and Hematology at the University of Nairobi. He completed his Bachelor of Medicine and Bachelor of Surgery degrees at the University of Nairobi, Kenya in 2007. He later proceeded to the same university where he successfully completed a 3-year internal medicine residency. Between 2012-2013 he proceeded to Marry Babb Randolph Cancer in West Virginia, USA for a one-year research fellowship in Hematology-Oncology and Bone Marrow Transplant.

His research focus is on hematological disorders: sickle cell anemia, hemophilia, multiple myeloma, leukemia, lymphoma; and solid tumors: breast cancer, prostate cancer, head and neck cancers and HIV/AIDS-related malignancies. He is also at the forefront and passionate about establishment of comprehensive care centers for Sickle cell anemia and cancer patients in all the counties in Kenya. Dr. Oyiro is also actively involved in creating the Hematology-oncology curriculum for cascading skills and competencies to the lower cadres of health professionals at the counties in order to equip them make prompt referrals of suspected cancer cases.

In his current position as Medical Oncology Fellow at the university of Nairobi, he is charged with helping to teach and mentor both the undergraduate and postgraduate medical students as well as provision of clinical services at the oncology ward and clinics. He is very passionate about being part of this noble course (both as a board member & consulting doctor) aimed at providing a helping hand to people living with SCD in poor communities in Kenya.

Joanne Chazima is the Co-founder and Executive Director of Joanne Chazima Sickle Cell Foundation (JCSCF), a non-profit organization based in Kenya whose main objective is to continuously create awareness about SCD and provide a helping hand to the many people living with it in the rural, impoverished communities.

Joanne was born with SCD but she didn’t know until when she was 22 years old after she fell very ill and was rushed to Nairobi. Growing up in the small agricultural town of Kitale, Joanne’s parent and medical practitioners who used to attend to her never understood exactly what her condition was. Most of the time they used to treat her for malaria and other tropical diseases. It is by sheer grace of the Lord that Joanne grew to age 22 when the condition was discovered! Her childhood was very disturbed because she never understood why she couldn’t play like other kids or do the things everyone else around her was doing.

When she was 13 years old, she lost her elder sister to what hitherto, everyone thought was a serious bout of malaria but looking back now she is more than convinced that the sister succumbed to the effects of SCD. Many people living with SCD have lost lives like this without having the smallest of clues. Many of those lives would have been saved if only those people, their families and the medical practitioners were aware. Many years later Joanne relocated to Kenya’s capital city, Nairobi where she has been able to access good medical facilities with doctors who fully understand the condition. Joanne has a family that has also gone to great lengths to understand the condition and supports her fully both emotionally and financially.

However, majority of people living with SCD in Kenya aren’t as lucky as Joanne; they reside in in rural areas and live in abject poverty. Many are suffering from conditions they don’t understand, and the few who do, cannot afford the basic medication to manage the condition. The unlucky ones are losing lives everyday. After visiting many of them and seeing the conditions they are in, Joanne decided to start this foundation and dedicate her life to helping them. From the Sickle Cell Support Group Network organized by JCSCF we have families who have majority of children born with the disease dying before the age of 5. Many families have children living with the SCD condition unbeknownst to them. For other families, children who do survive remain vulnerable to painful complications from severe anemia and sickle cell crisis. They also have an increased risk of dying from cardiovascular events and infections. Joanne’s hope and prayer is that she can reach out to as many donors, partners and well-wishers as possible to support this noble course. It is a journey she believes is going to be long & tough, murky & challenging, costly & scary but as they say, if it doesn’t scare you then it is not Big Enough! She believes together with other board members, partners and donors, she will be able to provide the much needed helping hand to the thousands of people living with SCD in impoverished communities in rural Kenya.

Andreas Barth is a businessman with many years of experience in international business development. Andreas is of German origin and has lived in the UK and the Middle East for a number of years. His key focus has been the logistics and supply chain management sector
as well as the international event industry. Africa and especially Kenya has been a personal passion for a longtime for him both for business and private visits.

Having had spent much time in Kenya the knowledge and awareness of the suffering of people with SCD has become a key focal point for him and he is delighted and honored to become part of a unique platform that is dedicated to raising the awareness of SCD in addition to finding direct support for those in need.

Joyce is a sustainability practitioner with 11 (eleven) years of work experience gained from working for institutions in both the public and private sector across Africa and the United States of America.  As a social scientist, she is naturally predisposed to tackling issues affecting society. Over the duration of her career, she has been able to create transformational impact for various institutions in the areas of stakeholder engagement, waste management, climate finance, renewable energy and environmental management. Joyce is an alumni of Kenyatta University (Bachelor of Science – Environmental Science, Hons.), a member of the Environmental Institute of Kenya (EIK) and a registered environmental impact assessment lead expert with the National Environmental Management Authority (NEMA) further, she is an active member of the Rotarian society – Nairobi East Chapter.

Having been touched by Joanne’s experience living with SCD, Joyce readily accepted the invitation to join the board. She seeks to create awareness of SCD and be instrumental in championing transformational programmes through JCSCF.

Jimmy is a Kenyan entrepreneur based in Johannesburg and with specific interest in promoting strategic partnerships between Kenyan and South African enterprises. He is currently developing a biometric and identity management solutions cloud platform geared for the financial sector in Kenya. Jimmy has extensive corporate experience as a senior executive having managed and grown a leading multinational’s industrial footprint across Sub Sahara Africa. He has served on various boards of non profit organisations notably as treasurer of the Association for the Physically Disabled (APDK Mombasa); founding council member of the HIV/AIDS Private Sector Council Nigeria, founding council member of the Uganda Business Council on Aids and founding corporate member of an Education Trust for the visually impaired in South Africa.

Jimmy readily accepted the invitation to join the board of JCSCF having been touched by Joanne’s testimonial and in particular her courage, resilience and caring attitude. Whilst he brings to the foundation access to an extensive business network he is both humbled and excited by the opportunity to be actively involved with a team dedicated to bring normalcy and joy to the lives of many young Kenyans afflicted with SCD.

Evans is a technology professional straddling the space at the technology and risk nexus. He has spent the last decade evangelizing on cyber related risks to the technology industry. He is also a strategic communications consultant. He has accomplished both simple and complex assignments in both fields across Africa and Europe.

Evans is currently involved in the strategic communications efforts against Al Shabab for the AMISOM and the UN in Somalia. Evans is a
Certified Information Security Manager (CISM), and a certified Project Management Professional (PMP). He holds an Msc degree (IT System Security & Audit) from Strathmore University and a Bsc Computer Science from Moi University . He is a member of the Information Systems and Audit Controls Association (ISACA), the Systems and Network Security (SANS) association, and the Project Management Institute (PMI).

Evans has known Edwin and Joanne for the last 15 years and has seen first hand how sickle cell affects the daily lives of those affected, both caregivers and those with the condition. “By joining the board of JCSCF, I hope to be at the forefront of amplifying the impact through awareness creation by leveraging my experience in technology and digital media”

Hillary is a graduate of Swiss Hospitality touch with a solid 10 years experience in hospitality marketing & sales. He is a customer centric individual predisposed to strategy formulation and implementation with strong analytical and planning skills. He is a lifelong friend to Edwin and has at times shared in his experiences while caring for Joanne.

As a board member, he will utilize his particular skill set and in consultation with the board formulate and implement programs that are in league with JCSF Vision, Mission, Values and Goals. It is envisaged that this journey will foster Hillary with a deeper understanding of SCD and help him to bring care and hope to people living with SCD.