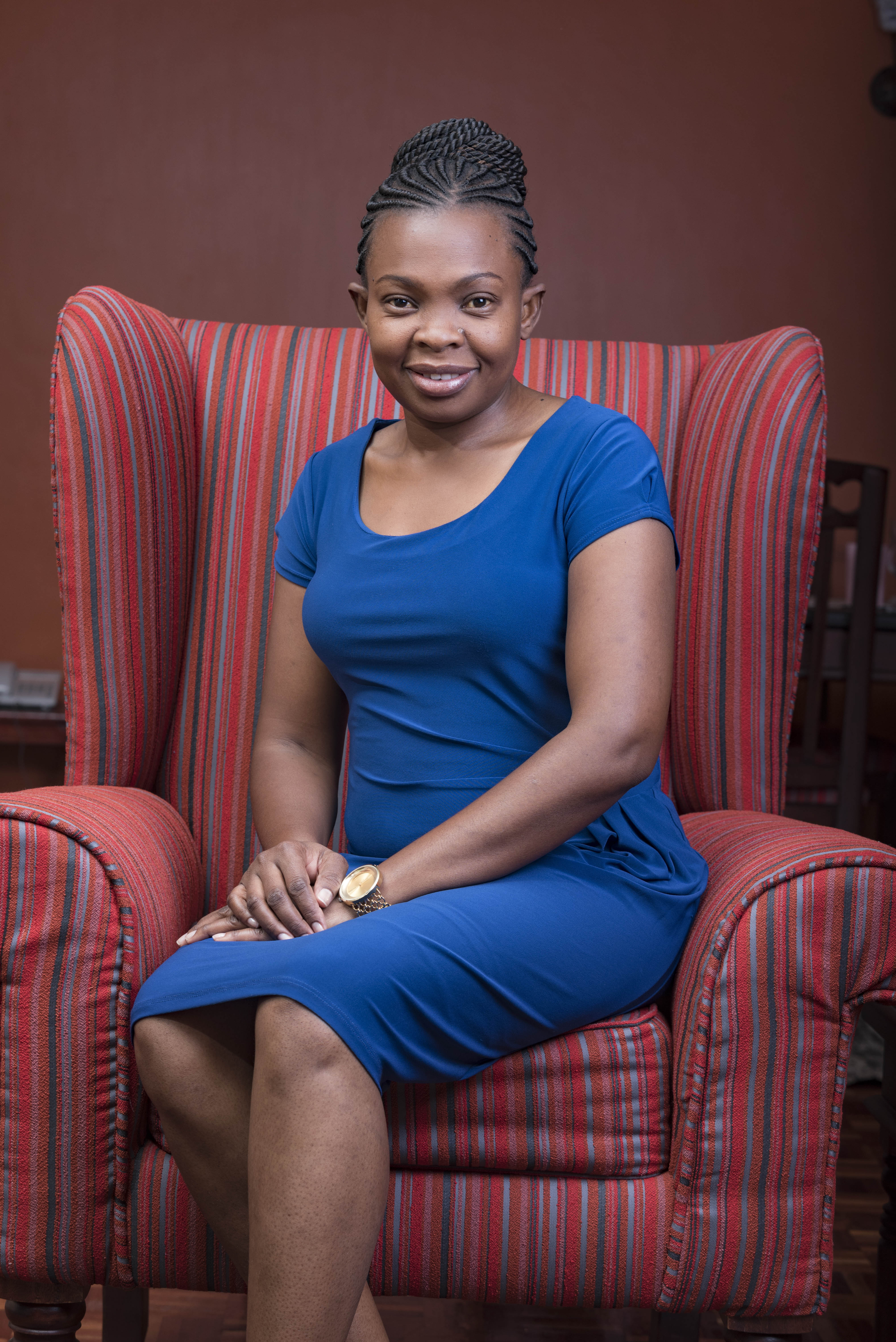 Joanne Chazima is the Co-founder and Executive Director of Joanne Chazima Sickle Cell Foundation (JCSCF), a non-profit organization based in Kenya whose main objective is to continuously create awareness about SCD and provide a helping hand to the many people living with it in the rural, impoverished communities.

Joanne was born with SCD but she didn’t know until when she was 22 years old after she fell very ill and was rushed to Nairobi. Growing up in the small agricultural town of Kitale, Joanne’s parents and medical practitioners who used to attend to her never understood exactly what her condition was. Most of the time they used to treat her for malaria and other tropical diseases. It is by sheer grace of the Lord that Joanne grew to age 22 when the condition was discovered! Her childhood was very disturbed because she never understood why she couldn’t play like other kids or do the things everyone else around her was doing.

When she was 13 years old, she lost her elder sister to what hitherto, everyone thought was a serious bout of malaria but looking back now she is more than convinced that the sister succumbed to the effects of SCD. Many people living with SCD have lost lives like this without having the smallest of clues. Many of those lives would have been saved if only those people, their families and the medical practitioners were aware.

Many years later Joanne relocated to Kenya’s capital city, Nairobi where she has been able to access good medical facilities with doctors who fully understand the condition. Joanne has a family that has also gone to great lengths to understand the condition and supports her fully both emotionally and financially. However, majority of people living with SCD in Kenya aren’t as lucky as Joanne; they reside in in rural areas and live in abject poverty. Many are suffering from conditions they don’t understand, and the few who do, cannot afford the basic medication to manage the condition. The unlucky ones are losing lives everyday.

After visiting many of them and seeing the conditions they are in, Joanne decided to start this foundation and dedicate her life to helping them. From the Sickle Cell Support Group Network organized by JSCF we have families who have majority of children born with the disease dying before the age of 5. Many families have children living with the SCD condition unbeknownst to them. For other families, children who do survive remain vulnerable to painful complications from severe anemia and sickle cell crisis. They also have an increased risk of dying from cardiovascular events and infections. Joan’s hope and prayer is that she can reach out to as many donors, partners and well-wishers as possible to support this noble course. It is a journey she believes is going to be long & tough, murky & challenging, costly & scary but as they say, if it doesn’t scare you then it is not Big Enough! She believes together with other board members, partners and donors, she will be able to provide the much needed helping hand to the thousands of people living with SCD in impoverished communities in rural Kenya.